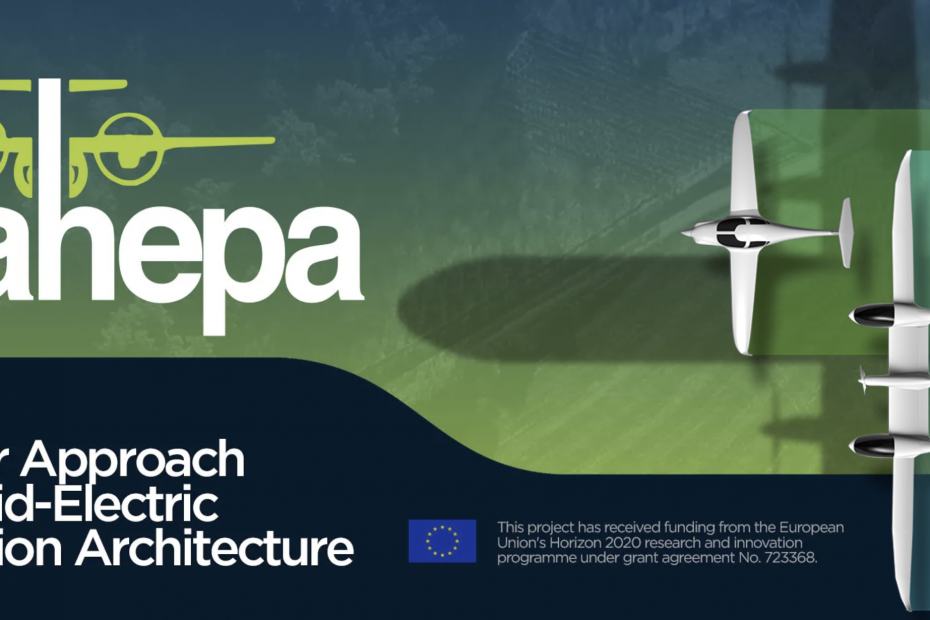 The future competitiveness of the aviation sector largely depends on its environmental footprint. With the aviation industry responsible for 2 % of all global CO2 (carbon dioxide) emissions, actions to reduce emissions are crucial for the future of more sustainable aviation. According to ICAO, global aviation emissions are projected to increase by 322 % between 2006 and 2050 under optimistic assumptions for technology and operational improvements, and 347 % under moderate assumptions for improvements. International aviation emissions could triple by 2050, if aviation continues to use existing aircraft technologies. European passenger and cargo flights contributed 192 million tonnes of CO2 emissions in 2019 and by 2050, CO2 emissions in Europe are expected to increase by 1.6 % per year, resulting in 67 % more CO2 emissions than 2018 levels.

The awareness of increased CO2 emissions has also been acknowledged by European policy makers. To mitigate the carbon footprint on the environment, several initiatives were launched. Within the European Green Deal initiatives the most recent “Fit for 55” plan raised new climate targets for reducing greenhouse emissions by at least 55 % by 2030, as CO2 emissions pose a major threat in terms of global warming. Also, the European Vision for Aviation (e.g., Flightpath 2050) underlines that a prime driver in developing aircraft and new transport infrastructure should be environmental protection. The Flightpath aims to reduce CO2 emissions per passenger kilometre by 75 %, while also enable 4-hour door-to-door travel for European citizens.

The micro-feeder and regional aircraft market offer excellent opportunities for 4-hour door-to-door services. These services could be operated with an environmentally friendly aircraft, such as hybrid-electric variants, developed within the project MAHEPA, which was funded under HORIZON 2020 programme. The MAHEPA (Modular Approach to Hybrid-Electric Propulsion Architecture) project, under a leadership of Slovenian company Pipistrel Vertical Solutions in cooperation with partners, such as DLR, H2FLY, Compact Dynamics GmbH, Politecnico di Milano, TU Delft, University of Ulm, and University of Maribor aimed to develop key aerospace technologies for environmentally sustainable air travel.

Within the project, new propulsion technologies, ICE-hybrid Panthera (bottom) and FC-hybrid Hy4 (above) have successfully demonstrated that flying greener is indeed possible. Panthera is an ICE-hybrid aircraft, which uses a hydrocarbon fuelled internal combustion engine and an electric generator as primary power source, while the second aircraft, HY4, is a fuel-cell hybrid aircraft, which uses hydrogen fed fuel cells to produce power. The knowledge on hybrid-electric propulsion system has been used to provide valuable flight data and confirmed that such technologies can be applied on larger 19- and 70-seater aircraft, while also considering necessary adoption of airport infrastructure and their potential use for existing or new air services outlined within strategy.

University of Maribor was within the project responsible for three very important tasks:

Two study cases were developed within the MAHEPA project to estimate technical requirements for the relatively novel ground infrastructure needs at airports. The first study refers to multiple charging of an ICE-hybrid aircraft, while the second refers to refuelling of fuel-cell hydrogen hybrid aircraft. Since the charging technology for hybrid-electric vehicles is already available in the automotive industry and can be transferable to aviation industry, it is expected that initial investment would be lower than the investment for fuel-cell hybrid aircraft. Ground infrastructure for ICE-hybrid aircraft will need to include battery charging stations, adequate electricity system and optionally battery swapping equipment. Similar technology that applies for ground vehicles could be used for aircraft charging stations, with only slight modifications (e.g., cable length).

To meet the needs for charging 19-seater and 70-seater ICE-hybrid aircraft, most airports would only need one three-phase or direct current charging station. Ground infrastructure at airports for 19-seater and 70-seater fuel-cell hybrid aircraft is based on the delivery of liquefied hydrogen. The most feasible solution for the small airports would be to buy liquid hydrogen from their producers and deliver it to the airport with cryogenic trucks.

Alongside the necessary investments in airport infrastructure, also a strategy was proposed for the market uptake of 19- and 70-seat passenger hybrid-electric aircraft. The scenario-based approach was used to present different potential scenarios for hybrid-electric aircraft adoption and potential emissions reductions, considering different economic, transportation, policy, and technology assumptions over time.

The hybrid-electric 19-seat and 70-seat aircraft could be used for either new routes and services or be used as replacements for existing aircraft, thus contributing to lowering emissions, and operating costs. The use of hybrid-electric aircraft could bring several benefits in terms of shorter travel times, better air connectivity and shifting traffic off the ground. Hybrid-electric aircraft could be used for a variety of purposes, such as regional commercial flights with point-to-point connections between smaller airports to minimize the pressure created by hub congestions; charter flights to tourist destinations, especially to remote islands or other remote areas (e.g., as bush planes); for private or coach flights, where the emphasis is on short travel times and comfort; for air taxi flights linking urban areas; and for other flights, such as training, surveillance, medical, panoramic, etc.

The most likely market where new technologies, such as hybrid-electric propulsion, will be used is for commuter services that provide connections where road transport would be too time consuming or rail transport too expensive. Several interesting services are expected to emerge, such as the miniliner, a new type of short-haul commercial aircraft, the most visible example of which is a 19-seat micro-feeder.

More about the project

Acknowledgment: The research was carried out within the MAHEPA project, funded under the European Union’s Horizon 2020 research and innovation programme under grant agreement No. 723368. The article reflects only the author’s view, and the European Union is not liable for any use that may be made of the information contained therein.

Although we ensured to have up-to-date and accurate information, the publisher OPEN ENLoCC, nor the editor and the author, are not liable for errors and omissions. The publisher and the editor did not test products or services described and their inclusion does not imply any form of endorsement. By accepting advertisements in this publication, the publisher does not warrant their accuracy, nor accept responsibility for their contents. The publisher welcomes unsolicited manuscripts and illustrations but can accept no liability for their safe return. Reproduction (in whole or in part) of any text, photograph or illustration contained in this publication without the written permission of the publisher is strictly prohibited.

The publication of the European Review of Regional Logistics is supported by a grant of Wirtschaftsförderung Region Stuttgart GmbH (WRS).

Other articles in this issue 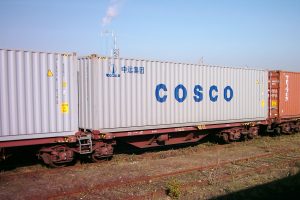 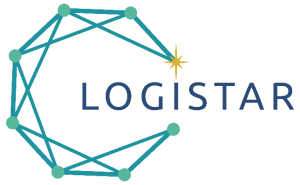 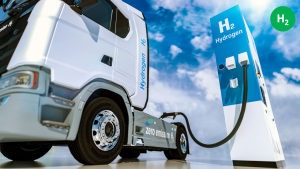 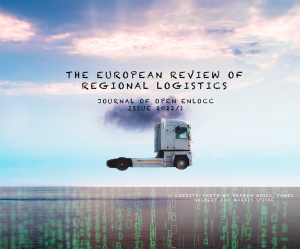 EU Review Issue 2022/1 THE EUROPEAN REVIEW OF REGIONAL LOGISTICS Dear Readers, The new issue of the “European Review of

On 7 and 8 October 2021, the University of Maribor hosted the international scientific congress “European Green Deal – Challenges