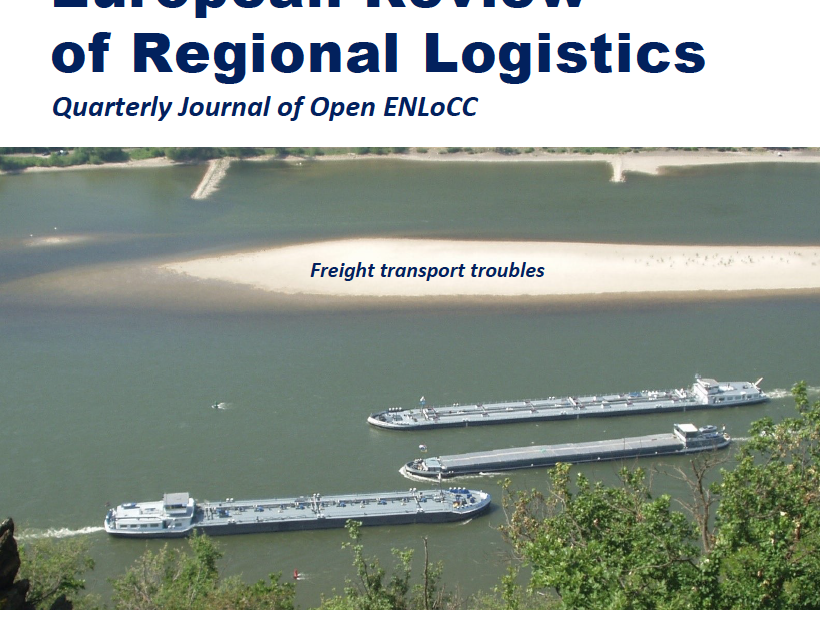 Dear members and friends of the Open ENLoCC network

In this issue we have two big topics. One is the handling of goods in urban environments, also known as city logistics. This is much more than just downtown parcel delivery, but always a big regional logistics issue. Several congresses deal with the topic, many projects, and we also publish a manifesto by Ian Wainwright from London, who among other things played an important role in handling goods logistics issues during the London Olympic Games. Also, utilizing the third dimension may help in a number of cases, as a project shows in which our member MoWiN from Germany is involved.

Furthermore, regions are these days doing freight master plans under different names, such as “Sustainable Urban Logistics Plan.” We look at an urban region outside Europe for comparison: Seattle has done rather profound work. The other topic is the shift of goods from road to other modes – mainly rail, but also inland waterways. This has seen some setbacks in the past, with the 2017 Rastatt accident interrupting among other things the main goods corridor across central Europe, and this year with the low water level on the inland waterways.

We have a comprehensive look at the Rastatt incident in retrospective. On the other hand, there also are good news. Hubs thrive. One of them is LCA-South in Fürnitz, located in Austria’s Carinthia state. And connections between these large interfaces can literally go a long way, as the case of a Finland-China link shows. More good news: With TØI, a large research institute from Norway has joined Open ENLoCC. It is presented in this issue. And Open ENLoCC itself is about to change its legal framework, to be a more flexible network in the future. The classic text in this issue tells a lot about human behaviour: Congestion was a big issue in the streets of London already 350 years ago. Nevertheless, famous diarist Samuel Pepys buys a coach as soon as he can afford one. Not because of necessity, but because it shows the social status he so eagerly wants for himself and his family. When we read this old text about his careful choice of coach design and horse power, we understand that this may even be an important lesson for today and may well remain an issue even long after combustion engines will have been phased out.

We wish you all good reading!
Giuseppe Luppino
President of the Open ENLoCC network